Let Shuja Nawaz take you into The Inner World, a poetic travelogue enriched by a lifetime of discovery across the globe, and introduce you to the people and places that inform this delightfully rich trove of imagery and wordplay. A fitting follow-up to his earlier highly treasured Journeys, this volume will entice and enthrall you. Shuja Nawaz takes you behind the scenes of his own life as a world-renowned strategic and security analyst and advisor of civil and military leaders in the United States, Europe, and South Asia. These poems will surprise and excite you. 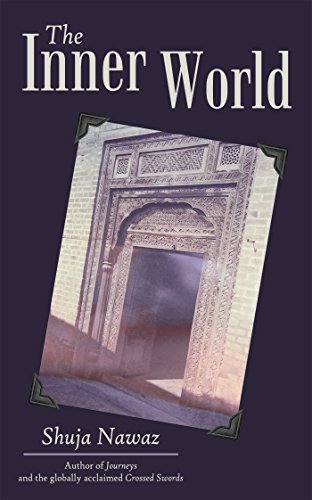 On January 4, the United States announced the suspension of nearly all security-related assistance to Pakistan until Islamabad could prove its commitment to fighting terrorism and cut its ties with militant groups such as the Taliban. This decision came just days after U.S. President Donald Trump had accused Pakistan, on Twitter, of giving “safe haven to the terrorists we hunt in Afghanistan.” Pakistani leaders responded with a familiar refrain, claiming to have moved against all militant groups without distinction and pointing to the enormous costs in terms of money (over $120 billion) and lives (nearly 80,000 civilian and military dead) sustained by Pakistan in the fight against terrorism since 2001.

For Trump, it may feel good to vent his frustrations about Pakistan, especially now that his administration is desperate to salvage something from the United States’ prolonged and losing conflict in Afghanistan. These new sanctions, however, are unlikely to influence Pakistani behavior, which is rooted in realities on the ground that the United States has little ability to change.

Pakistan is a complicated country in a tough neighborhood. Its main strategic concerns are to contain the surging power of its neighbor and rival, India, and to combat Islamist militancy inside its own borders—in particular, it wishes to fight the Pakistani Taliban, which now operates from sanctuaries in Afghanistan. Pakistan launched a military operation in 2014 to clear the Federally Administered Tribal Areas of insurgents, including the Pakistani Taliban, many of whom escaped across the border into Afghanistan. Pakistan, however, is reluctant to please the United States, which it considers a distant and fickle ally, by moving against the leadership of the Afghan Taliban. The United States, for its part, regards Pakistan as a duplicitous partner that is willing to take U.S. funds but unwilling to cut ties with militant groups or eject Afghan Taliban leaders, particularly those affiliated with the Haqqani network, a Pakistan-based faction that has orchestrated high-profile attacks in Afghanistan, particularly in Kabul.

The dwindling and now relatively small amount of financial assistance that the United States currently provides Pakistan is another reason to suspect that its threats will be ineffectual. Pakistani officials have been defiant. Miftah Ismail, the adviser to the prime minister for finance, revenue, and economic affairs, told Reuters, “Aid cuts will not hurt us,” since U.S. aid has been “reduced drastically over the years.” (Annual U.S. aid to Pakistan peaked at about $3.5 billion in 2011, before declining to about $1 billion in 2016.)

Pakistan also has its own leverage against the United States. Islamabad could, for instance, threaten to cut off the United States’ air- and ground-based supply routes to Afghanistan. That leverage has been diminished somewhat in recent years, both by Washington’s reduction of U.S. troop levels in Afghanistan (thereby lessening its need for supplies) and by the proven efficacy of the Northern Distribution Network (NDN), which moves supplies through Russia and Central Asia. In 2011, for example, when Pakistan closed its ground routes to the United States, the NDN allowed the International Security Assistance Force commander, General John Allen, to store nearly six months of reserve supplies inside Afghanistan. Yet Pakistan’s ability to threaten U.S. logistics is still formidable: in 2015, Russia shut down the NDN, and there is always a chance that Moscow could decide to play hardball if the United States sought to reopen it. In 2014, the United States lost the use of its Manas airbase in Kyrgyzstan, the last U.S. base in Central Asia, as the Kyrgyz government sought to win favor with Russia. Another option is for the United States to use an Iranian land route moving through the port of Chabahar, but this is likely off the table given the heightened war of words between the Trump administration and Tehran. Depriving the United States of its air routes into Afghanistan, moreover, would end Washington’s ability to conduct air support with Gulf-based fighters and bombers.

The current standoff is further complicated by this year’s electoral calendar. The United States faces midterm elections in November, Pakistan has a parliamentary election in June, and Afghanistan has one in July. India, too, might bring forward its elections, currently scheduled for 2019, to this year. In all of these countries, then, domestic politics will dominate decision-making for the foreseeable future. Pakistani Foreign Minister Khwaja Asif’s belligerent, rapidfire Urdu tweets on the U.S. sanctions, which pronounced the death of the alliance, are a good illustration of how this domestic focus could make compromise with the United States difficult. Trump, meanwhile, is anxious to show that the United States is winning in Afghanistan, which might lead him to increase pressure on Pakistan by imposing additional sanctions. (As strategic thinker Harlan Ullman’s recent book Anatomy of Failure maintains, the United States has never won a war that it started.) Meanwhile, Afghanistan and India could support U.S. attempts to influence Islamabad. This would in turn fortify Pakistan’s perception of an international conspiracy against it.

A final obstacle in getting Pakistan to change its policy is the fact that it currently has an ersatz government run by a competent, albeit weak, prime minister, Shahid Khaqan Abbasi. Abbasi has no political clout within his party, the Pakistan Muslim League-Nawaz, which still bears the name of former Prime Minister Nawaz Sharif, who was forced to step down over corruption allegations in July but continues to call the shots. Dynastic politics in Pakistan weaken civilian governance and democratic legitimacy, allowing the wellorganized military to dominate policymaking and take a strong position against U.S. demands. Since 2001, moreover, the United States has tied itself to successive unpopular, autocratic, and corrupt administrations in Pakistan, including that of the dictator Pervez Musharraf. In doing so, it has failed to build a relationship with the 200 million people of Pakistan, a majority of whom, even at the height of the Afghanistan war and U.S. drone strikes on their country, wished to have better relations with the United States.

Against this backdrop, it is unlikely that threats to cut off U.S. funding—or Trump’s inflammatory tweets—will have much effect in terms of changing Pakistan’s behavior. Rather, they will only inflame tensions between the two and worsen the situation in Pakistan. After all, the last time that such a break in ties took place was in the 1990s, in the wake of Pakistan’s development of a nuclear weapon and the United States’ withdrawal from the Afghan theater following the end of the Soviet occupation. Pakistan was left to cope with the aftershocks of the Afghan war on its own. The United States also stopped all U.S.-based training programs for Pakistani military officers, beginning with the Pressler Amendment in 1985 and lasting through the 1990s. This “lost generation” was deprived of contact with its American counterparts, leading Pakistani officers to develop a view of the United States as an untrustworthy ally. Yet today, more than 200 of the brightest Pakistani officers come to the United States for training purposes every year. If the U.S.-Pakistani relations continue to deteriorate, this training program may disappear again.

Indeed, the current public contretemps will likely produce a train wreck for the U.S.-Pakistani relationship unless meaningful dialogue resumes. It is important that the discussions between the two be led by diplomats, rather than politicians, so that solutions can be found that build on the two countries’ dependence on one another and serve both of their interests. It is important, moreover, for Washington to inform and engage with the people of Pakistan in these exchanges. Washington is right to favor results-based assistance. Why not let Pakistan set attainable targets for aid, and agree with the United States on these before aid is disbursed, rather than quibble over reimbursements, as is the case now? The United States, meanwhile, could use its influence with India and Afghanistan to develop a more sustainable, long-term regional plan to fight terrorism and militancy. If Trump can pull this off, he can declare victory before exiting Afghanistan. If not, the current dispute could portend a messy defeat.