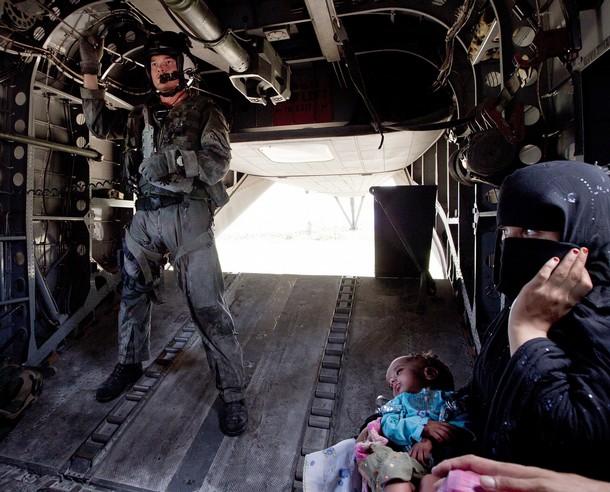 "Pakistan today is like a ship in heavy seas, having lost its propulsion’’ described a recent visitor to Islamabad. The imagery is dramatic but apt as the country reels under the effects of a massive flood and political squabbling that appear to have reduced government to firefighting rather than coming up with a credible long-term plan. It is critical that Pakistan’s Ship of State be navigated out of rough seas in the face of a perfect storm of national and regional challenges.

News of the floods is fast receding from the headlines, and the fear is that donors will halt their aid and move on to issues elsewhere. Meanwhile the US-Pakistan relationship seems to be fraught, in the wake of increased drone attacks and incursions by NATO helicopters into Pakistani territory. As the two allies meet today in Washington, both the floods as well as their relations need to be addressed, and both countries need to avoid missteps that could add to instability in the region.

As for flood relief, the United States appears to be the most generous donor, with nearly $400 million in promised aid, accounting for a quarter of all official aid pledged to date. The United Nations has asked the international community for $2 billion in humanitarian aid. Pakistan estimates its losses at about $43 billion, although the World Bank and Asian Development Bank estimates came in at $9.7 billion. Still, how will the gap be filled?

The mood in Washington is not very positive, as Congress reacts to the growing war bill for Afghanistan on the one hand and Pakistan’s apparent inability to control the Afghan Taliban from using its territory as a safe haven. Pakistan also possesses the ability to stop NATO supplies from reaching Afghanistan via its land route at any time. This rankles the Americans. The deep mutual mistrust between the United States and Pakistan will likely be reflected in today’s meetings.

Internally, Pakistan is facing severe economic hardships as a result of the floods that will last well into the next few years. Economic growth is already creeping downward from previous estimates of below-par 4 percent annually to near zero and, according to some analysts, perhaps into negative territory.

Population figures are on an upward trajectory and the largely youthful population of 180 million, with a median age of 18, faces lack of education and employment. Meanwhile the gap between the rich and the poor will be exacerbated, as the rural poor live largely in the devastated flood plains.

The recently improved economic team in the civilian administration may not have the political backing to make their reform agenda stick nor be able to change behavior to improve tax revenues. In a country where the prime minister and other political leaders reportedly have either not paid income taxes in recent years or only nominal amounts, and foreign assets and incomes are routinely hidden from the tax man’s eyes, the prospects of fiscal stability are dim. A culture of entitlement grips all institutions. All hands are not on the tiller but in the till.

Against this dark scenario, friends of Pakistan will need to inject support for civil society that is once more trying against all odds to help the millions affected by the floods. But the needs are too great to be met from inside Pakistan.

In a major agricultural economy, where buffalo milk contributes the largest amount to national income (close to $10 billion year) and often means the difference between life and death to the farmers, lost livestock needs to be replaced urgently. The wheat, cotton, and rice crops also need to be re-launched. If food shortages persist and flood-related diseases spread, social upheaval may well be on the cards.

Meanwhile, most US aid has not yet landed in Pakistan. Two months have gone by since the flood and yet there is no visible plan to shift these funds to flood relief and reconstruction. USAID appeared to be waiting for the World Bank and Asian Development Bank assessment of flood damage. The funds could also be held hostage by certification requirements. If Pakistan fails any of the tests written into the aid law, Congress is bound to cut off assistance, especially to the military. That would unleash a huge problem inside Pakistan’s fragile polity as well as a reaction from the Pakistan military that may affect the coalition efforts in Afghanistan. The recent contretemps over the helicopter attacks and the subsequent stoppage of NATO supplies may foreshadow a wider breach.

These are some of the issues that the United States and Pakistan will have to deal with in their meetings. There needs to be better and clearer communication between Islamabad and Washington of how each side defines its strategic aims and red lines. Given the Byzantine politics of Pakistan and inept handling of crisis after crisis by a rudderless government, and a Washington establishment transfixed by the looming headlights of mid-term elections and mired in a difficult exit strategy out of war in Afghanistan, the auguries are not inspiring. A perfect storm may be brewing in Pakistan.

Shuja Nawaz is director of the South Asia Center at the Atlantic Council. This article originally appeared in the Boston Globe. Photo credit: Getty Images.