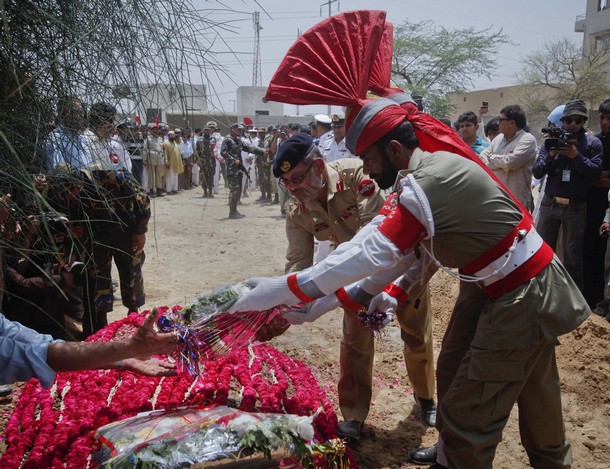 In an interview with Ullekh NP of The Economic Times, Atlantic Council’s South Asia Center Director Shuja Nawaz warns that attacks on soft targets are going to rise rapidly in the subcontinent. Excerpts:

How do you respond to Indian home minister P Chidambaram’s statement that "we live in the world’s most troubled neighbourhood"? Is it an exaggeration?

Not really. There are conflicts all around. Over water, resources, ideology, foreign troops. And internal societal conflicts in all countries of South Asia, the Gulf and the Hindu Kush.

What is the writing on the wall after the recent attack on the naval base at Karachi?

It is hard to decipher the writing as yet. There is no such thing as perfect security in every part of the country. But if there is evidence of inside information or help, then the Pakistani authorities have a huge mountain to climb.

There is this constant worry that Pakistan’s nuclear arsenals are not safe any more – that they could fall into wrong hands. Do you think the US is taking this threat seriously?

Everyone takes this threat seriously, especially the Pakistanis, and they have taken great pains to set up an elaborate system of concentric perimeters of defence and personnel management and monitoring systems to prevent any attack or leakage.

Pakistan-based defence analysts such as Pervez Hoodbhoy have said that al-Qaeda is losing support in Pakistan. Do you agree? If so, then who is gaining in strength?

Public opinion polls seem to support the Hoodbhoy assertion. But militancy that is home-grown has a breeding ground in Pakistan that will require a long and carefully crafted campaign to eradicate. No silver bullet.

A few academics say that terrorists in the Indian subcontinent will increasingly target Mumbai – like, peaceful cities. Do you see the trend coming?

Attacks on soft targets will increase as the militancy’s home ground comes under increased pressure from the military. But this will turn the public against the militants as happened in the Swat valley.

The number of attacks alleged to have been carried out by the Pakistani Taliban after Osama bin Laden’s death has crossed 15. Are reprisals much more severe than expected?

Hard to say what their aim is. Such wanton attacks will only turn the people against them.

Do you think Pakistan is increasingly becoming unsafe for non-Muslims?

Wanton and random violence and terror has no filter for religion.

How smooth or tough is it going to be once the US pulls out from the Af-Pak region in 2014?

A lot depends on how well the neighbours are brought into the exit planning and how much voice the Afghans get in deciding their future.

How long can Pakistan continue to browbeat the West?

Pakistan needs to work on its internal issues itself and will no doubt need help from friends, including those in the West. The economic situation is not good. But elements of Pakistani society are strong enough to come up with solutions if given the chance.

What should India and Pakistan do to boost ties?

India needs to give Pakistan greater confidence on the security and economic front, so both sides can create open borders and resolve their differences with dialogue rather than hide behind rhetoric. Pakistan must return the favour. Both can benefit enormously from open trade and movement of populations across their borders.

How do you rate the Pakistan-China relations?

On autopilot. Both countries need to work to put the ties on a longer-term time frame as part of a strategy for economic development.